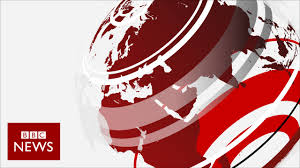 Today the BBC has announced that after several weeks of A/B testing it will move all users to it’s new responsive website design.

Responsive design means the same site present itself differently according to the kind of device that it’s being viewed on.

Usually this means having more horizontal content on desktops and on mobiles using bigger text, and fewer or just one column of content, with content stacking up vertically instead of horizontally. This means less pinching and zooming on mobiles, links that are easier to click, and forms that are easier to fill in, while at the same time delivering the rich user experience that desktop users demand.

We’ve been using the responsive design for a few weeks and we like it. It focusses the user on the content not on the presentation, which is Rule #1 of great web design. We didn’t much enjoy being directed to a separate website when viewing the site on mobile, but now we’ll stay on the main bbc.co.uk/news URL.

The BBC news team have said that up to 65% of their traffic is now via mobiles and the old desktop site was built four years ago when the conventional wisdom was to build different sites for different devices. They also have a great mobile app which is specifically designed for mobile and there are no signs that will be withdrawn.